At the Liberation, a group of jurists from the Resistance - René Cassin, Joë Nordmann, Léo Matarasso or Pierre Cot - and driven by the desire to lead a progressive fight in the field of law, in favor of democracy and human rights, created the International Association of Democratic Jurists (AIJD), from which the French Association of Democratic Jurists (AFJD) emerged.

René Cassin is the founder of the AIJD and its first president. Bringing together jurists from all parts of the world and from all professional backgrounds, the association is a place of anti-colonial fighting, of opposition to the Vietnam War or to the dictatorships of Latin America, Greece and Portugal.

Arnaud Lyon-Caen became the vice-president of the AFJD in the 1990s, when it detached from the AIJD, and remained so until his death in 2011. He was its representative on the National Consultative Commission of human rights until 2009. The AFJD also participated in several CNCDH subcommittees, involved in international issues, humanitarian law and the fight against racism.

The association notably drafted a note concerning the questions of the Committee on Economic, Social and Cultural Rights, during the examination of the 3rd periodic report of the International Covenant on Economic, Social and Cultural Rights. The AFJD is today a member of the European Association of Jurists for Democracy and Human Rights in the World. It is chaired by Isabelle Réghi, honorary magistrate.

The purpose of the association is to bring together jurists and legal practitioners (lawyers, magistrates, teacher-researchers, jurists) who propose to work for the defense and development of public and individual freedoms, for the achievement of justice democratic, respect for human rights, in particular the fight against racism, both nationally and internationally.

Throughout its history, it has manifested itself through concrete actions on national and international legal problems: participation in the National Consultative Commission on Human Rights until 2009 ; participation in international missions (in Palestine , in Guyana, in Turkey…); participation in committees fighting for freedoms and rights ; organization of working groups to deepen legal issues, study days and symposia. It was particularly concerned with the question of the regulation of the new European area and the dangers it poses for rights, on the occasion of reinforced population control and a restriction of immigration and asylum.

If, today, the action of the AFJD remains limited, the particular voice that it makes heard, resulting from the fruitful exchanges of jurists from all horizons that it brings together, relating to all legal questions, without any specialization, opening up to a general view of the legal machine and its social effects, seems all the more necessary as the fragility of the struggles for democracy and rights in today's world is revealed.

René Cassin (1887-1976),  membre du gouvernement de la France libre pendant la seconde Guerre mondiale, representative of France to the United Nations, he was one of the authors of the universal declaration of human rights in 1948. Vice-president of the Council of State from 1944 to 1959, member of the Constitutional Council, vice-president from the European Court of Human Rights from 1965 to 1968, he received the Nobel Peace Prize in 1968 and the United Nations Human Rights Prize. Founder of the Free Institute for the Study of International Relations (Ileri) and the French Institute of Administrative Sciences (IFSA), today a recognized association of public utility, he chaired the Consultative Commission for the Codification of International Law and the definition of the rights and duties of States and of human rights, which will subsequently become the National Consultative Commission for Human Rights. He was the first president of the International Association of Democratic Jurists.

Joë Nordmann (1910-2005). Lawyer, member of the French Communist Party and of the International Legal Association (AJI), he was expelled from the Paris bar in 1942 because he was Jewish. Founder of the National Judicial Front, resistance organization of the Palais de Justice in Paris, he entered the Ministry of Justice on Liberation and assisted the French public prosecutor's office at the Nuremberg military court during the trial of high Nazi dignitaries: "I was sitting on the prosecution benches, facing Göring and the other great Nazi war criminals. This is how I became concerned with the concept of crimes against humanity and that I campaigned, years later, for this concept to become part of French law. " This is how he played a leading role in the Touvier, Barbie and Papon trials. He is the founder, with René Cassin, of the International Association of Democratic Jurists.

Pierre Cot (1895-1977). Deputy for Savoie under the radical label, becomes Minister of Air in the Daladier government and creates the national airline Air France. Member of the honorary committee of the International Legal Association, he was the founder, in 1936, of the Universal Rally for Peace and one of the few politicians hostile to the Munich Agreement. After being deprived of French nationality by the Vichy regime, he was a member of the provisional consultative assembly as a parliamentarian. Having become a fellow member of the Communist Party after the war, a member of the Peace Movement’s governing body, where he campaigned for “active neutralism” in the context of the Cold War, he was president of the AIJD.

Léo Matarasso (1910-1998). A jurist in the service of human and peoples 'rights, he was one of the founding members of the Permanent Peoples' Tribunal, with the aim of prolonging the work carried out by the Russell Tribunal against war crimes in Vietnam. He was the first president of the International League for the Rights and Liberation of Peoples (LIDLP). Lawyer for Henri Alleg, after suggesting that he tell the story of the torture he had suffered, he helped publish The Question. He was also present in the defense of economic, social and cultural rights and was a member of the AIJD.

Arnaud Lyon-Caen (1930-2011). Advocate to the Councils, dean of the order of lawyers to the Council of State and to the Court of Cassation, lawyer, staunch defender of rights, he has defended numerous causes: rights of workers affected by asbestos, rights of trade unionists, minorities, victims of crimes against humanity. He was a member of the National Consultative Commission for Human Rights on behalf of the AFJD from 1999 to 2009. He was the vice-president of the AFJD.

Monique Chemillier-Gendreau. Jurist, associate of public law and political science, she taught at the University of Reims. Professor Emeritus of Public Law and Political Science at the University Paris VII - Diderot, she has an important practice of law with international jurisdictions and pleads in particular before the International Court of Justice of the UN in The Hague. Member of the sponsorship committee of the Russell Tribunal on Palestine, chaired by the ambassador of the Palestinian Authority in Europe, Leila Shahid, she is also a member of the Permanent Peoples' Tribunal and a consultant to Unesco. She has greatly contributed to the legal framework of the undocumented movement in France. She was president of the AFJD.

Didier Seban. Lawyer, former president of UNEF, he was a lawyer for the civil parties in the Touvier trial and for the city of Villeneuve d'Ascq against Jean-Marie Le Pen, convicted of challenging crimes against humanity. A lawyer for MRAP, he was also a lawyer for civil parties in the Fourniret, Emile Louis and Estelle Mouzin cases or defense lawyer in the trial of the barbarian gang. He was president of AJFD until 2015.

Isabelle Réghi. Associate of modern letters, honorary magistrate, after having been a counselor at the Paris Court of Appeal and regional delegate of the Syndicat de la Magistrature. She participated in the work of the National Consultative Commission for Human Rights on behalf of the AFJD. She was secretary general of the association before becoming its president in March 2015. 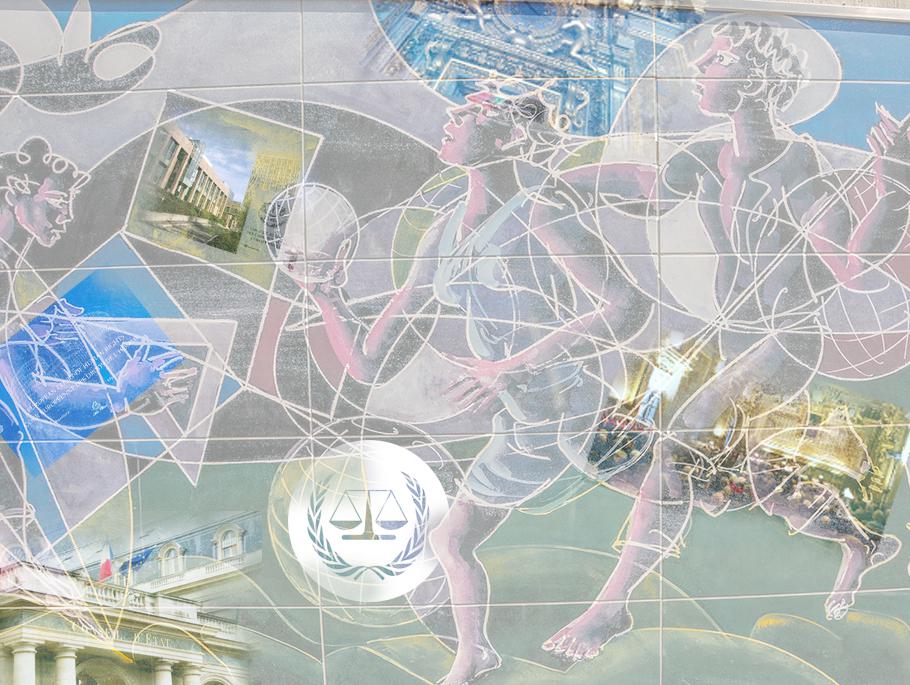 If you would like additional information, give comments or know the conditions of a membership, please leave your contact details with your message.